Chris Kern has lived most of his life in Evansville, Indiana. He has traveled throughout the world, from Europe to Central and South America, and throughout the United States.

He received a degree in marketing from the University of Evansville, and much of his career has involved plants: in sales as a wholesale horticulture representative and broker, as well as planting them and photographing them. You have probably seen his photographic work; he has sold thousands of photographs to the nursery industry to be used on plant tags, in catalogs, websites, and even on trucks.

He currently lives on forty acres in southern Indiana with his dog, Kain, where his hobbies are hunting, fishing, and cooking. He has three grown sons and a very new grandson.

Dad and his grandchildren at his 80th birthday party 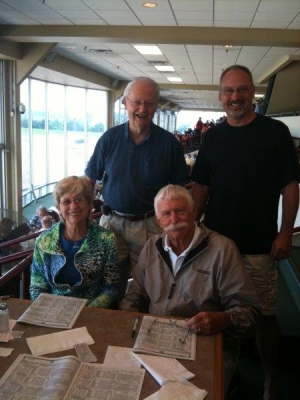 At the race track with good friends 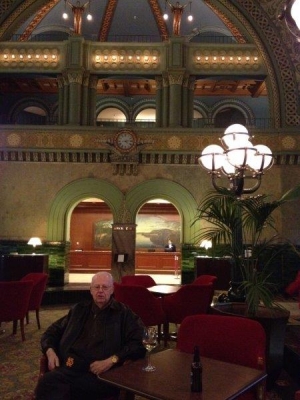 
Warning: Use of undefined constant php - assumed 'php' (this will throw an Error in a future version of PHP) in /home/customer/www/chriskern.com/public_html/wp-content/themes/chriskern-dara/footer.php on line 1